How Did Bella Poarch Get Famous? 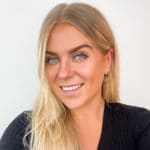 Bello Poarch created the most liked TikTok video and is the fourth most-followed TikTok user. However, her fame goes beyond just that platform as she slowly breaks into the music industry with two singles and counting.

But how did Bella Poarch get famous? Her popularity seemed to explode overnight. However, there is more to her story than her cute face and viral lip-syncing videos.

Let’s take a closer look at her beginnings and find out what steps she took along the way that boosted her popularity.

Who is Bella Poarch?

Bella Poarch was born on February 8, 1997, in the Philippines. However, there is still some discussion about the accuracy of her birthday, as she never states it outright. Her social media accounts have posts for her 18th birthday, which have caused some people to guess she was born in 2001. However, since she claims to have served in the U.S. Navy as far back as 2015, she could not have been born in 2001.

Some have also speculated that Bella Poarch isn’t her legal name because of her Facebook account under Taylor Nariee and pictures of her in uniform with a “Taylor” name tag.

Her biological parents were both Filipino. However, her grandmother raised her. Then, when she was three years old, she was adopted into a military family with a white American father and a Filipino mother. She also had two older adopted sisters and one adopted brother. She says her father was physically and verbally abusive all through her childhood.

Her family moved from the Philippines to Texas when she was 13 years old. Unfortunately, she was often bullied and attacked for being an Asian teen. Because of these experiences, she is a huge advocate for Asian Americans and speaks publicly against anti-Asian racism.

Poarch served in the U.S. Navy for four years. She enlisted in about 2015 and spent time in both Japan and Hawaii. She now lives in Los Angeles.

She is a very private person and has done very few interviews or revealed personal information. So, much of what we know of her was pieced together from her posts, comments, and social media bios.

Bella Poarch posted her first TikTok in April 2020, yet she didn’t rise to fame until August 2020. Her first video showed her sitting on her bed with controllers and a headset reacting to a conversation between other gamers insulting each other. The caption says, “Playing online for the first time be like….”

Since her start, she has gained a considerable following across many social platforms, including:

She created many of those platforms around the same time or before her TikTok account, but they didn’t grow until her TikTok fame grew.

The video responsible for her sudden popularity was Bella Poarch’s “M to the B” by Millie B lip-syncing, which she posted on August 17, 2020. That video has remained at the top as the most-viewed TikTok ever created, with over 53.5 million likes and over 649.9 million views.

She uses her social media influencer status to promote sponsored content. For every sponsored TikTok, she receives about $30,000, and her sponsored Instagram posts generate between $13,000 to $23,000 each.

What Did Bella Poarch Do to Get Famous?

Here are some of her most famous online content creations and collaborations.

Her TikTok account began with videos about gaming, lip-syncing, and dance challenges. She also includes her stuffed animal Paca in several of her videos.

However, her most-liked lip-syncing video was the start of her TikTok content trend. She now produces mostly lip-syncing videos, all with the same zoomed style. Her other videos feature promotional content and viral challenges.

Her followers like her for her cute expressions and hypnotic videos. She often wears her hair in two ponytails or one long ponytail down her back and incorporates other aspects of her personality, like gaming, into her look. Her love of anime inspires her appearance.

Bella Poarch didn’t stick with just lip-syncing. Eventually, she moved on to creating and singing her music. Then, Warner Records signed her on for a record deal. Some of her inspirations include Prince, Dua Lipa, and Madonna. She has always loved music and even plays the ukulele. She said music is what helps her with anxiety, depression, and PTSD.

Her first release in May 2021 was the single “Build a B—tch.” The song is about unrealistic expectations the world sets for women and their appearance. Since she was bullied about her appearance as a young child, she wanted to address that in her first song to help others develop confidence.

Her second single is INFERNO which she released on August 13, 2021. She collaborates with Sub Urban in the music video. This song also addressed some of the trauma and abuse Poarch experienced throughout her life. She gave a trigger warning for the video as it represented her sexual assault and how she wishes it had ended – with her overpowering her attacker.

In 2021 she was nominated for the MTV Millennial Awards as a Global Creator and the MTV Video Music Awards for her “Build a B—tch” Music video. 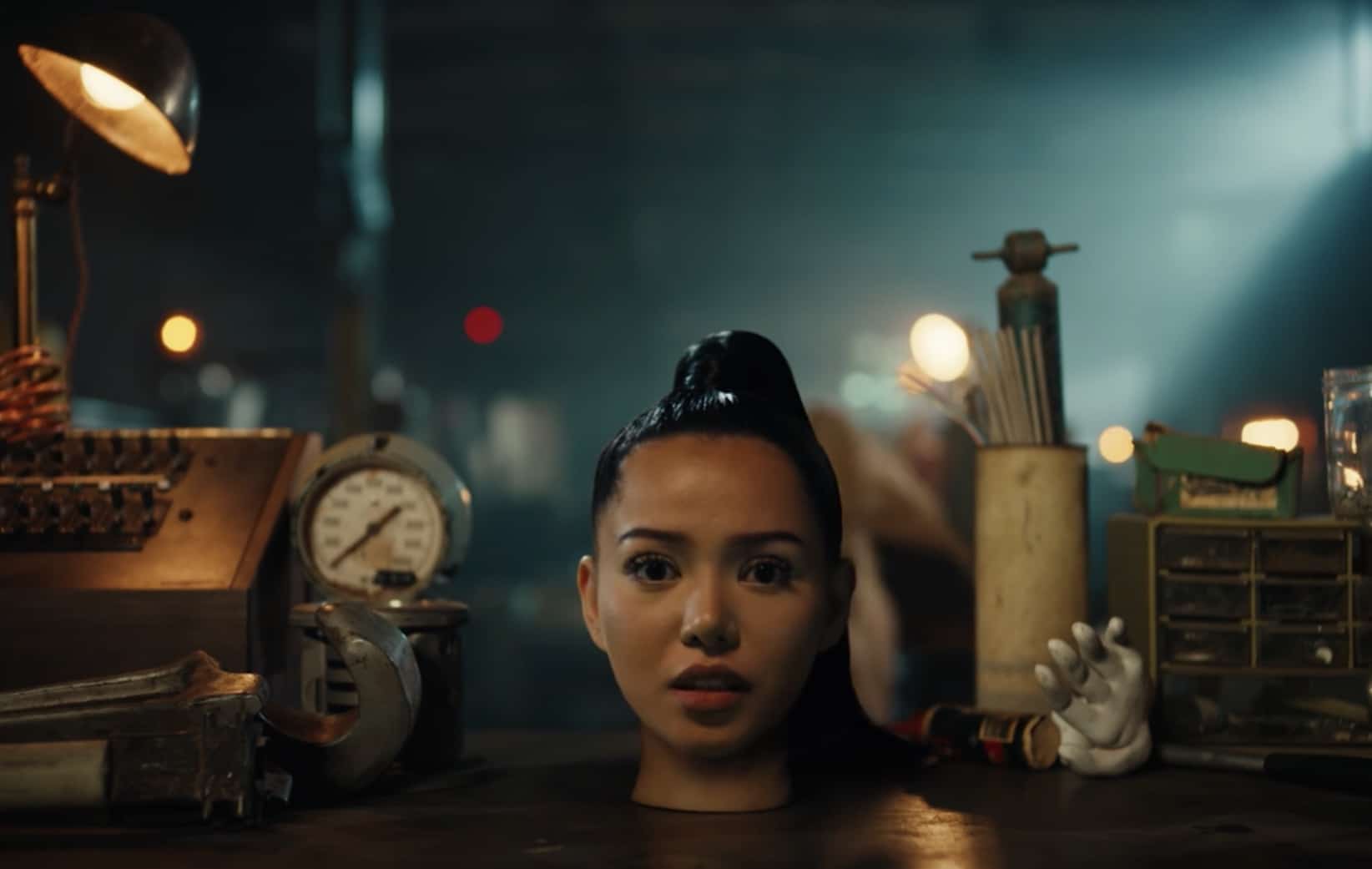 Her third brand collaboration was a video ad campaign for Eos. This also marked her first beauty campaign. In the video, she is applying body lotion with the caption, “This 24hr body lotion has me feeling refreshed all day.”

In September 2020, Poarch participated in a Valentino Voce Viva fragrance ad campaign along with its retailer, Sephora. The campaign included other notable personalities such as Lady Gaga, Chriselle Lim, and Bryanboy.

Valentino gave Bella Poarch complete creative freedom. In her video, she approaches a bottle of the fragrance in a single black and white shot. As soon as she applies the perfume, the world turns to color, and she begins dancing at the beach as the sun shines down on her in a floral, floor-length dress. She commented on the video with, “The new #ValentinoVoceViva fragrance takes me to my happy place.”

The campaign received 19.2 million TikTok views altogether. However, over 13.2 million of those views were for Poarch’s video alone.

Moncler is an Italian luxury fashion brand. While they sell a variety of apparel and accessories, their most notable products are their outerwear. They partnered with Bella Poarch for a video promotional ad for their brand.

She is wearing one of their winter bubble coats in her video as she blows bubbles towards the camera. Her comment with the video tells viewers that she is participating in the #MonclerBubbleUp challenge. She then challenges others also to join in. The video received 7.1 million likes.

TikTok is investing in NFT by releasing its first NFT collection. It is comprised of some of the top TikTok videos and movies. NFT stands for non-fungible tokens. It is a digital asset that uses blockchain technology to tie certain information to digital data. In this way, people can own digital data and trade that data like a currency. However, NFT is not quite the same as cryptocurrencies.

So, what TikTok is offering is a chance for viewers to own or partially own some of the content created by their favorite influencers.

Bella Poarch has agreed to be part of the collection. Other contributors include:

The first auction for the collection went live on October 6, 2021. After that, proceeds from TikTok’s sales will go to the creators of the content.

Bella Poarch’s contribution was a collaboration with Grimes.

RIPNDIP is a Los Angeles clothing and accessories brand. Bella Poarch partnered with RIPNDIP to sell merchandise for a limited time. Her clothing featured her stuffed llama Paca and RIPNDIP’s mascot Nerm the cat. She also designed a black hoodie.

She released all the merchandise on November 16. However, only a limited number of items were available. For example, she only released 300 black hoodies.

Finding the Best Collab for Your Brand

Are you also interested in doing a collab with a social media influencer? Perhaps Bella Poarch isn’t feasible right away, but dozens of other popular creators could be your brand’s next big break.

You can request a video ad campaign, shoutout, or merchandise in the influencer’s name to help boost your brand awareness. Just find the right social media influencer who has an audience of potential leads.

If you need help building your social media campaign, we are ready to step in. At Kubbco, we are specialists in all things social media, from strategies and campaigns to content that gets your brand noticed.

If you want to learn more about our services, reach out to one of our many experts.