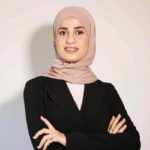 Nike is the most popular sneaker in the world. It ended the fiscal year in May 2021 with $28 billion in sales. Even more impressive than their high sales is that many of those sales come from shoes designed in the 1970s.

Are you wondering what the secret behind their success is?

Thankfully it is not a secret because they are very transparent about Nike’s marketing strategy and brand identity.

Here is what you can learn from Nike’s brand identity and advertising strategy so you can build a brand as timeless as Nike.

Inside the Nike Brand

What words come to mind when you hear Nike?

These are just a few words that describe Nike’s branding. Everything from their logo to their ad campaigns supports these terms. They don’t sell shoes. They sell an attitude.

Most people could tell you what Nike’s logo is. The famous check mark swoosh is nearly synonymous with sports and shoes. So, it may surprise you to know the logo only cost Nike $35.

In 1971, Phil Knight, the founder of Nike, hired graphic designer Carolyn Davidson to help him create a logo for his new show brand, which would become Blue Ribbon Sports and eventually Nike.

They chose the Swoosh logo because it has a smooth motion that represents speed. Through the years, the placement of the word Nike in relation to the Swoosh may have changed. However, that iconic swoosh remained the same.

“Just Do It” Campaign

Over ten years after Nike received its famous Swoosh logo, the brand also got an unforgettable slogan: Just do it.

Dan Wieden and Kennedy came up with the slogan in 1987 to go along with Nike’s first TV ad campaign.

Wieden shared his inspiration behind the slogan by explaining how the Nike ads covered multiple sports like running, walking, cross-training, basketball, and women’s fitness. However, he felt the commercials lacked unity, so he began brainstorming for a common theme.

He was watching a document when he felt inspired by the last words of murderer Gary Gilmore who said, “Let’s do it!” to the firing squad.

No one thought the slogan would last. Some didn’t even think it was necessary. However, once the ad campaign began, they quickly saw the tremendous impact of those three words.

5 Strategies Marketers can Learn from Nike

1. Sell an Identity, not a Product

Nike’s stores sell shoes, athletic wear, and other apparel. However, their advertisements sell an identity and an attitude.

Their 2008 campaign compared athletes’ successes alongside their struggles to achieve their wins. That ad was selling courage.

Their 2007 campaign showed basketball player Matt Scott in a wheelchair as he named excuses people have for not accomplishing a task. That ad was selling motivation.

Their 2006 campaign introduced Kobe Bryant as he took on the haters. That ad was selling self-love.

The list goes on all the way back to their beginnings. Yet hardly any commercial talks about their products. But people still buy their shoes. One reason is that when many people buy a Nike product, they aren’t purchasing it for any features. Instead, they are buying it for the feeling of empowerment Nike gives them.

If you want to make an impression on your audience, then skip the typical sales pitches. Instead, jump right to the heart of your product and how it makes your customers feel.

From their ads to their website, there are real faces and real stories. They aren’t hidden behind models and impressive graphics. Instead, they show the real stories of all types of bodies, races, ages, genders, and athletic abilities overcoming obstacles.

These stories and images are what make the brand so relatable. People see themselves in Nike’s ads and say, “If they can do it, I can do it too.”

Through their stories, Nike becomes more than its products. It becomes an inspiration that anyone who has a body can do the seemingly impossible if they just keep trying.

They even share their own story. A letter from their CEO starts with, “NIKE’s journey began in 1964, with a handshake between a runner and his coach.” Yet again, they showed the power of skipping sales talk and telling stories instead. People who read that line feel a connection to the author and begin to develop a relationship with the brand.

Any brand can replicate that same strategy by selling its own inspiration. One place to start is your own story. Describe the inspiration behind your brand beyond just as a company for profits.

The core values of a company are a shared belief system that unifies the employees. It gives them a common goal and builds trust with the customers because they know where you stand. Nike’s core values are on display throughout its ads, social media accounts, and website.

Some of their beliefs and values include:

These values dictate how they relate to customers and give a purpose to their work. Because they share their core values with customers, customers know Nike is a sustainable, diverse, and high-quality brand.

You can build a similar bridge of trust with your customers by being transparent about your company’s core values. You can find your core values by asking what you believe in, what you want to achieve, and how you want to accomplish that.

4. Invest in Advertising and Marketing

Nike always sets aside a considerable portion of its budget just for advertising and marketing. In 2021 alone, they spent $3.11 billion on advertising and promotional materials.

According to an interview with Phil Knight, Nike’s focus was on production and manufacturing for years. They wanted to lead in athletic shoe innovation. While anyone may create a shoe, they focus on creating the best shoes for the job at an affordable cost. Since all their focus was on their products, they had little money left for marketing. Instead, their sales strategy centered around getting famous athletes to wear their shoes in public.

However, their brand ran into some obstacles with this mindset when Reebok came on the scene. They produced shoes that focused on customers. Nike also made the mistake of creating casual shoes which never took off. In 1987 their sales had dropped by $200 million.

This dip forced them to rethink their strategies and brand. Eventually, they shifted their focus away from their products and onto their customers. Now they consider themselves a marketing-oriented company, and their products are a marketing tool. In other words, while technology is essential, all aspects of the company start with the consumer.

When they began understanding their customers, they saw that 60% of their sales weren’t from athletes. Instead, they were from everyday people who wore the shoes around town or to the grocery store.

Therefore, every decision they make has to have a good reason to support it. That reason needs to start with the customer and their needs. If the consumer isn’t in the process, they are less likely to want to be part of the end product.

Maybe it’s also time your business shifted its focus away from products and started investing in your customers and what they want and need.

Celebrity endorsers already have the attention of the audience you want to reach. When you use an endorser, they share your product with their fans. This builds trust and authenticity because people see those famous athletes they respect using your brand, so they know your brand must be trustworthy.

Here are a few of the most famous Nike endorsements and collaborations.

You can also boost your brand’s visibility by collaborating with influencers. For example, since Nike’s primary audience is athletes, their endorsers are also athletes. However, if your brand is a clothing or apparel line, you could contact a social media influencer and collaborate with them. When you collaborate, the influencer will wear and promote your product to their large following.

Start Building the Foundation of Your New Advertising Strategy

Are you feeling inspired to change your company’s advertising strategy and brand identity? Nike showed us today a powerful method for generating new leads and building a loyal customer base. It isn’t complex but a simple concept with powerful results.

Our team at Kubbco can help you rework your advertising strategy to maximize your efforts for the greatest return. With a strong plan, you will see your business gradually grow just like Nike did.

Contact us today to find out more about our services.